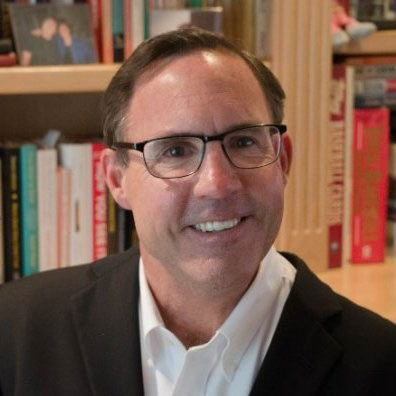 Michael Petrak is currently the CEO of PrismXL and the Executive Director and Founder of SNAP2JOBs, a non-profit program which aims to help people on food stamps become career-ready for better jobs and careers.

Prior to working in the non-profit sector, Petrak gained experience in the private sector for 25+ years as a corporate executive, a business unit president and as a consultant. As a corporate executive, he was on the management committee of a $3.2 billion Silicon-valley based media company. As a business executive, he was a media company president with responsibility for all news and content. He was also EVP and GM of a $250 million media company with more than 1,400 FTEs. As a consultant, he served clients in the media, financial, education and tech sectors.

Most recently, Petrak was the Chief Operating Officer of CrossPurpose, a Denver based non-profit helping to abolish economic, relational and spiritual poverty through career and community development. From 2019-21 Petrak served at CrossPurpose, first as a consultant then as the COO. Relying on his private sector experience, Petrak applied professional business practices to the non-profit to help them scale. CrossPurpose launched their second campus in Sept. 2021 with plans for additional sites around the metro area.

Petrak served as the Executive Vice-President at Tactician Media, (St. Louis, MO.) where he helped launch the business intelligence practice serving the media industry. Petrak was the Corporate Vice-President of Sales and Marketing at Knight Ridder in San Jose, CA. He was responsible for sales, marketing, branding, research and staff development. He served on the six-member Management Committee. Prior to his corporate role, Petrak was GM at the Kansas City Star Media company, where he spearheaded the launch of KansasCity.com and online operations. Most notably, Petrak was successful in overturning a U.S. DOJ consent decree, which allowed Petrak to then negotiate the purchase of other media companies in the region and to expand the KC Star’s reach into new markets. While at Knight Ridder, He was a board member of CityXpress, of Vancouver, B.C.

Petrak taught business classes at both Texas Christian University and at the University of Iowa, where he graduated with a B.A. in journalism and an M.B.A. in marketing. He has been active in Young Life, serving as the Kansas City Urban Young Life board chairman. Currently he is an elder at Greenwood Community Church in Greenwood Village, CO. serving on the finance committee. He is also on the Friends of Denver Housing Authority board. He resides in Denver, CO. with his wife Missy. He has two adult children; Hannah Sparks of Kansas City, MO. and Nicholas of Denver, CO.

Recently, Petrak completed training in the Ruby Payne curriculum “Bridges Out of Poverty” where he is now a certified ‘train the trainer’.